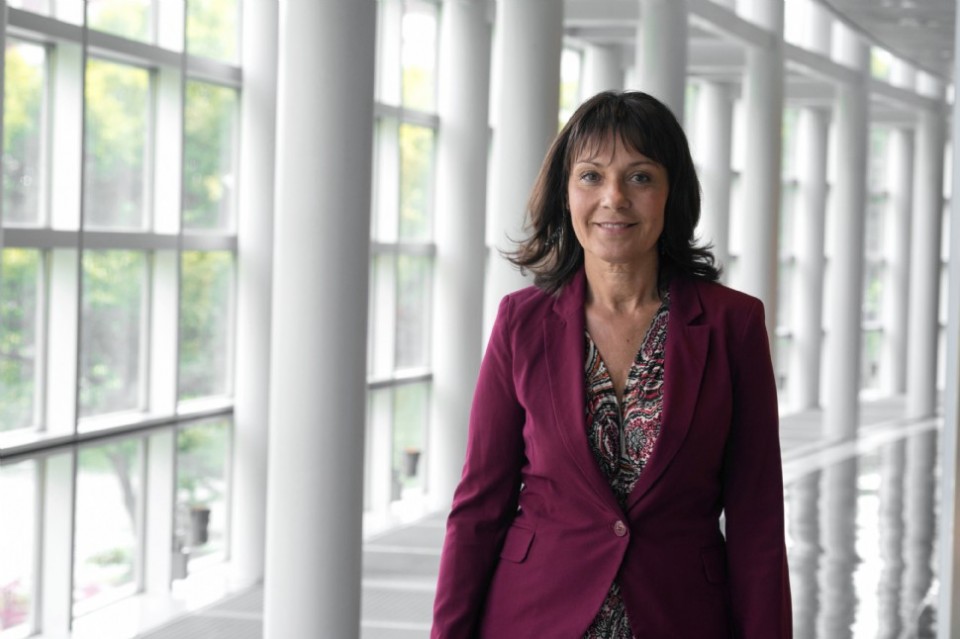 “I would like to start by telling you that I am very honored to take the floor today and I want to thank you for the invitation. I hope that my level of English will not tear your ears out and in any case, I ask for your indulgence.

Almost a year ago, I received Ms. Fiona Soler and Ms. Laia Bernues in my office in Brussels. They came to tell me about the next summit; it was near at that time. But the Covid19 crisis went through. And since then a lot of things have changed. I will come back to some of them later.

When I first met Fiona and Laia, mentoring was not new to me. However, I was far from knowing its degree of organization at the European level. And about this too I will say a word later. It is therefore with pleasure that I accepted to participate in the conclusion of the summit, which is the more formal part of the discussions. And I want to end this first part by congratulating you all on the quality of the exchanges, you have organized, with particularly brilliant personalities in their field.

What brings us together is the idea that if we want to give Europe a future, education must play a major role in the process of building a better, more just, and more inclusive society. Conversely, or let’s say in addition, we share that in order to create long-term and sustainable growth within more inclusive societies, the EU must invest more in education. In the field of education, everyone in European institutions will inevitably tell you that competence lies in the Member States. Thus, the teaching and organization of the education scheme are under the full responsibility of the ministers of education who jealously stick to it.
This is true, but there is also a principle of subsidiarity, through which the EU encourages cooperation and coordination between the Member States, in order to improve their policies and exchange good practices on education.

Besides, what our societies went through during lockdowns is about resilience. With the closure of schools, young Europeans found themselves deprived of the daily connection with their teachers and the educational community at large. Because education is an important part of transmitting and socializing values, many have dropped out and disappeared from screens – when they had one! – In some European regions, even worse, pupils and students have deserted the only safe spaces available to them.

Within national education systems and between European systems, inequalities have added to each other and tend to disadvantage a higher number of students and pupils coming from underprivileged backgrounds. In some member states, many children belonging to groups exposed to poverty are dependent on the canteen for access to a balanced diet, when it is not just a diet. What happens when schools close?
Let’s see other kinds of challenges: are all the parents able or trained enough to compensate for the absence of teachers? What about children of parents who don’t have the time to do this on top of performing their own job remotely? Moreover, children of parents who didn’t enjoy the possibility of working at home, children raised by single parents, or children whose families don’t have enough material resources; are facing even worse inequalities.

I could also speak about the development of online tools during the crisis, that obviously allowed to continue the process in almost a normal rhythm. But for an AFEV France which reacts quickly and supplies a thousand computers in record time, how many pupils and students are deprived of such advantages, and how many didn’t enjoy the luxury of an internet connection?

Let’s say it clearly: I believe that unequal access to education may have a detrimental impact on the European economy and societies whether the intensification of these inequalities may have long-term negative effects on entire generations of pupils.

However, what you have described and what I am talking about with regard to the impact on schooling must be understood on a larger scale: the CoVid-19 crisis is a health crisis but which will inevitably turn into an economic and social crisis. We are already seeing redundancy plans and rising poverty. It must force the European Union to break the usual frameworks and to concentrate on the major issue which is the fight against inequalities.

I am refocusing on our subject.

Fortunately, in this wave of difficulties, the well-established players in mentoring have made it possible for a large number of young people not to drop out, thanks to personal support, which goes beyond academic support.

I am not here to describe mentoring to you – it’s not my role, since you are all effective practitioners, much more knowledgeable than I ever will be, and because you have just spent several days exploring all its origins.
No, my message is to be by your side to participate in the empowerment of mentoring as one of the essential keys to the fight for equality in Europe.

In almost all member states, it should be possible to find mentoring experiences in more or less elaborate forms and with more or less support from the authorities. But these mentoring practices remain insufficiently linked to each other, even if the European network has done a phenomenal job of identifying actors and listing actions.
This is why I believe in moving up a gear and quickly because it is our common job to protect the future when the economic and social impacts of the Health crisis are beginning to be felt. Emergency goes hand in hand with the management of long-term policies.

So, I come up with two additional suggestions:

First, the mentoring network needs to be better known, better explained, and better supported within the European institutions. When, for example, I decide to use the written question procedure to the Commission to get an idea of ​​its level of knowledge about mentoring and to know its point of view on the financing of the network, the answer does not suit me. I cannot be satisfied with the sentence “The research approach in the field of education and training will be continued within the framework of the future program: Horizon Europe” because this one brings no guarantee, where NGOs such as yours should be able to count on financial and operational support.
It will therefore be necessary to make your know-how known to parliamentarians of all groups … well, to be clear, not all groups but pro-European and Republican ones of course. The idea is to be able to support the strengthening of the network with the support and goodwill of parliamentarians to improve the recognition of mentoring within the European institutions. I am willing to make this happen.

I agree that a pilot project is a good tool; the first steps have been made yet, and it needs some kind of engineering. Other tools are at our disposal for this form of lobbying; I am thinking in particular of a hearing in the European Parliament, which would highlight the plurality of your action, through the plurality of your support. It is to think about it.

Why not also look beyond this: since there is a demand in France to make mentoring the “great national cause”, why don’t we ultimately aim for a European Year of Mentoring, which would be visible to citizens?

Second suggestion. I think the mentoring network should be part of a project called Alliance for European Education which is a platform project led by European parliamentarians from several pro-European political groups. The general idea is to increase the resilience of our educational systems and to bring together eager minds and creative ideas in support of advancing education across the EU. The platform would be an instrument to make the funding of educational systems a European priority. All stakeholders: MEPs, national leaders, educators, learners, innovators, parents, NGOs, involved citizens, tech companies could join the project and shape the future we want.

At that stage, in the current context, the project of Alliance for European Education stresses the improvement of digital literacy and skills and access to digital education. But to my point of view, if we want to tackle the increasing inequalities in education, of course, we must support the need for more investment and improved infrastructures, but also motivated and well-paid staff.

The Alliance wants to bring stakeholders to cooperate in improving education policies and to push for legislative action. Therefore, the project will try to initiate policies and include education in the EU recovery plan.

If we admit that we can continue with a budget of less than 1% of European GDP, or around 80 cents per European per day, while economic and social crises are about to explode, and unemployment and poverty are on the rise, we would be totally missing out on what European citizens expect of us.

Money does exist – it is not “magic” but it does exist and we know where to find it: with the tax on GAFA which have continued to increase their profits while strengthening their tax avoidance; with the tax on financial transactions which could inject 50 billion euros in support for European policies; with the tax on plastics or the carbon tax at borders… All this could seriously feed the European Union’s recovery plan and support the new policies of the Green New Deal or more traditional ones, of which educational policies are part.

The place of mentoring is representing, in my opinion, an essential link within the educational community, because it indeed constitutes an integrated approach to education.

To me, mentoring is the quality of the human bond, ingenuity, innovation, and empathy. It is a powerful dynamic, based on learning, commitment to solidarity, fight against inequalities, and fight against racism and discrimination, which makes it possible to profoundly change the way people look to others.

Reading several articles about the European Center for Evidence-based mentoring, I found a nice definition in the sentences of Szilvia Simon: “Mentoring is a strategy of success and a building of the power to act”.

I can’t think of better words to conclude.

Thank you very much for your attention.”